Build an image processing robot that can recognise useful patterns by pattern recognition while avoiding other obstacles. The video feed of the arena will be given by an overhead camera.

In this tutorial, we’ll step by step discuss each module. The first thing to do is to make a mobile robot capable of moving according to instructions received from the laptop. 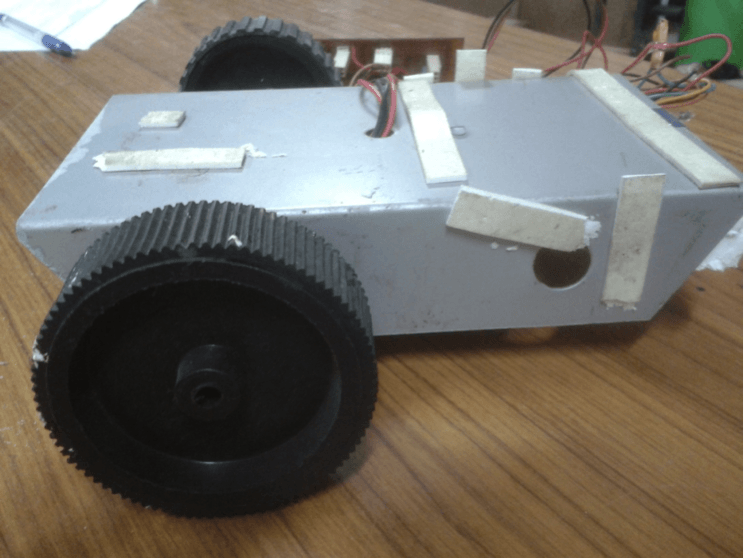 Conceived to be the brain of the robot, the micro controller is the device that allows us to control the robot and make it autonomous. By pre-programming it, we can make it give different outputs based on different inputs and instructions received, and thereby the robot acts accordingly. For a more elaborate understanding of the working of an AVR micro controller, please visit AVR tutorials. Essentially you only need to program the micro controller on your robot, to move in a particular direction, based on the character received by it from the laptop. 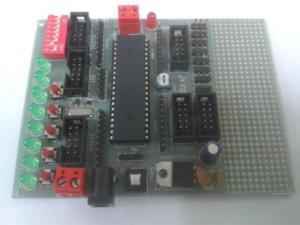 The code to be burned on arduino is as follows:

Before proceeding with this module, we would request you to go through the set of general tutorials for computer vision, for both MATLAB and OpenCV, also found on our website. It is quite extensive, and we will assume that a working knowledge, as put forward there, is in the grasp of the reader of this tutorial.

Note that the video feed will contain some noise. Therefore you will not have a perfect image, and hence detection may become really difficult or you might get wrong predictions. Therefore it is advised to use filters to smoothen your image.

First thing that needs to be done is that all shapes and obstacles need to be identified. We can start with colour detection. Have separate windows for each colour so that only shapes with the required colours are displayed in the respective window.

We need to scan the shapes present in the arena using an overhead camera. A good approach to solve this problem would be to segment out the shapes from the image that is taken by the camera. Use bounding rectangles to take out the portion of the image containing the shapes. A method called contour detection can be used to figure out the bounding rectangle. The same thing is supposed to be done for the shapes in the given image also.

After color detection and contour detection, the obtained shapes need to be matched with the shapes present in the given image, this can be done using template matching.

The colour of each shape in the image represents a serial number of that shape. The serial number corresponding to each colour will be provided at the start of the run. The robot has to go to each shape in the ascending order of serial number. Hence the next step is to figure out the path from current position to the point where the corresponding shape is present. There are many path planning algorithms for this. One of which is RRT or Randomly Exploring Random Tree.

RRT : A Rapidly-Exploring Random Tree is a randomized data structure that is designed for path planning problems.

In any image where RRT has to be implemented, there will be a start point, an end point and obstacles. The start point is taken as the first node, and the end point is taken as the last node. The first step is to generate a random node. Using distance formula, the node (in the tree) which has the minimum distance from this random node among all other nodes in the tree is identified. /tarting from the nearest node, in the direction of the random node, a new node is generated at a predefined distance called step size. This new node is then added to the tree. These steps are repeated n number of times till the end point is added to the tree. Then a continuous path is traced from the start point to the end point which successfully avoids all obstacles. This process results into a tree-like structure, hence the name Rapidly-Exploring Random Tree.

However, participants are free to use any path planning algorithm they are comfortable with.

Tracking the Position of the Robot

Throughout your run you will require to track the position of the robot. A marker for the same will be provided. The marker will consist of two squares with different colours. RGB values of the colours will be provided. First we need to scan the input image to get all the points whose colour is roughly the same as the colour of square 1/Head. The centre of all these points is the centre of the Head. Similarly we can find the centre of the Tail. The geometric midpoint of these centre can be fairly estimated as the Position of the Robot. 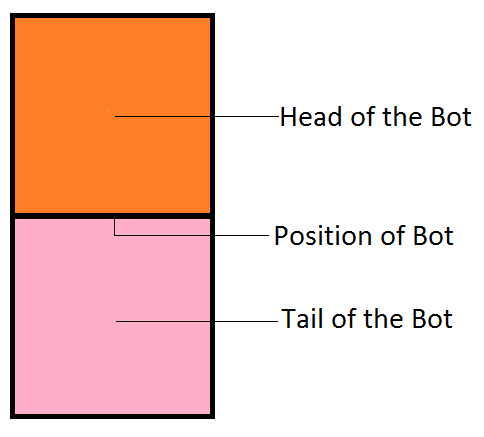 Locomotion of the Robot